Urvashi Dholakia Aka Komolika from Kasautii Zindagi Kay is one of the most well-known actresses of the television industry. Urvashi has received immense love from the audience for her entertaining roles in various daily soaps. 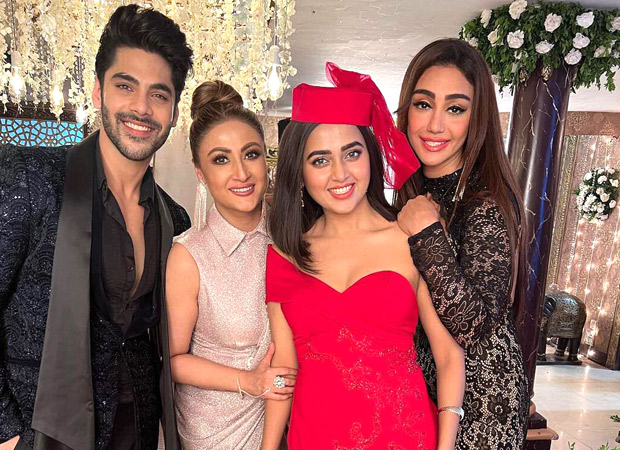 Urvashi’s recent show, Naagin 6 is one of the mega hit shows of her career. She received a lot of appreciation for her role. The show has been in headlines several times because of the cast of the show who share a loving bond with each-other in real life.

Recently, Urvashi took to her official Instagram handle to share a happy picture of her along with her Naagin 6 co-stars including Tejasswi Prakash, Simba Nagpal and Mahekk Chahal. All of them looked stunning and can be seen having a good time and enjoying each-other’s company.

As Urvashi reunited with the cast on the sets of the show, she seemed to be excited. She gave a little sneak peek of the reunion to her fans via her social media handle.

Dhaakad is a disastrous flop at the box office; 2nd consecutive nonstarter and 8 flops of the last 9 releases for Kangana Ranaut

Fawad Khan’s appearance in Ms Marvel breaks the internet; fans say, ’India and Pakistan can agree only on one thing’

When Disha Patani Was Accused Of Plagiarising Black Clover Artwork By Argentinian Artist Inhoso, Here’s How The Actress Reacted